Art Crawl today and tomorrow from 5-8

1135 North Denver
5-8
Come visit us... Wear a Mask though ;-)
We are practicing social distancing.
Lots of paintings for sale, prints, t shirts and more 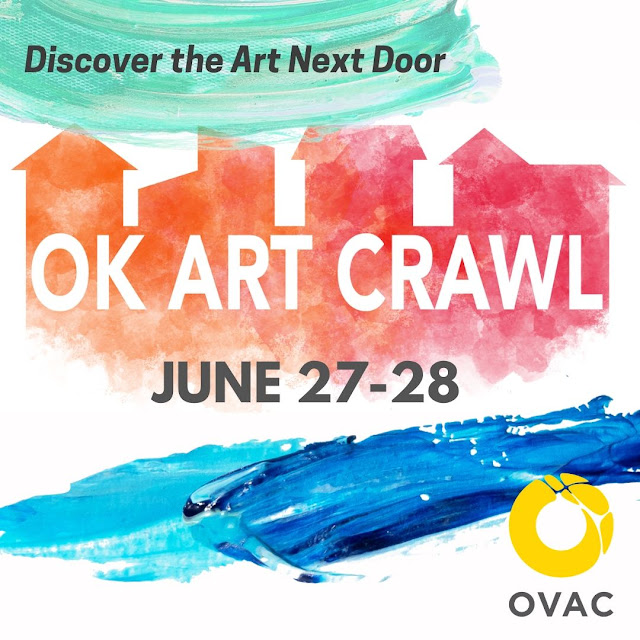 Posted by Margaret Aycock at 3:12 PM No comments:

I am a white girl….In gratitude

1.       For Oral Roberts University for being ahead of the curve on race relations and suggesting that black and white people might be roommates.  Where I had a great room mate who, like me, had never considered having a roommate of a different race but was up for the experiment, like me.  We still keep in touch.

2.        For St Aidan’s Episcopal church which was created by the joining of a  black church with a white church in the 1970s, before it was cool for the races to worship together.  This is where I first was involved in an in-depth study about “America’s Original Sin.”  A study that we took on with much pain, especially with our black parishioners who laid bare their lives so we white folks might hear their stories and understand and grow.
3.       For friends, Danny and Cassandra Jackson who invited us out for lunch after church to Dennys, where we witnessed that they were overlooked although they were in front of us, where we asked to be seated together in ‘non smoking’ and were ushered to a corner to wait, where countless others were seated while we waited for 45 minutes before being seated in ‘smoking’, where people all around us were given menus and had ordered and been served before we were given menus, where we asked Cassandra and Danny if we “should just walk out?”, to be asked to “ stay, so you can see what we deal with every day.”  Where a couple who had come in after us, been served, had dessert, and were now leaving before we even got our meals, turned to all of us and asked, “ What is the deal?  Why have you not been served?”  Where 3 hours later we left with new understanding.  ( on a side note… they later became a party to the discrimination lawsuit against Denny’s.  I wish I had known about it as we might have been the only white people who were also discriminated against because we were dining with black people.)

4.       For race riot survivor, Wes Young and his wife, Cathryn who first invited us into their home as we went on a home tour of what was soon to be our neighborhood.  I remember telling Wes that it was kind of a culture shock to see so many black faces framed on their stairway, where in my house there were framed white faces.  He remarked that “ for a couple of hundred years we have been in your houses, taking care of your children, cooking your meals, cleaning…. And then seeing how you live for another 40 years or so on TV.  You have never been in our homes.”  That changed from that moment on as we were often in each other’s homes until they died.  They shared the joys of their lives and also the painful moments with me and I learned of the countless, unnecessary harassments Cathryn received from traffic cops, and Wes’s firing from a job where he worked most of his life, never taking a sick day until asking off for a funeral for which he was fired because the funeral lasted 2 days.  These two people, despite countless injustices brought on by powerful white people, never lost faith in us, and through their love, and willingness to work towards that goal, helped create a neighborhood in which social justice, kindness, diversity, and working together rule the day.

Posted by Margaret Aycock at 7:31 AM No comments: Native American Woman
11x14
This was painted from an old sepia tone photo that we bought about 20 years ago at an estate sale.I had to imagine colors and placement.  The photo was very very old and I could tell there was someting in her hair and there was a hint of a striped design on the blanket.  In the original photo it appeared that she was on a cliff overlooking a body of water but since we live closer to the Black Mesa, I decided to put her there instead.
Posted by Margaret Aycock at 11:10 AM No comments:

A sketch from my mother in law's back yard 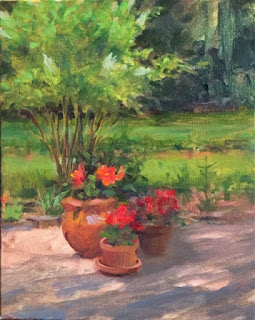 8x10 oil
$100
I think I may bring down the importance of the white flowers on the nandina but for now this is what it looks like ;-)
Posted by Margaret Aycock at 11:06 AM No comments: 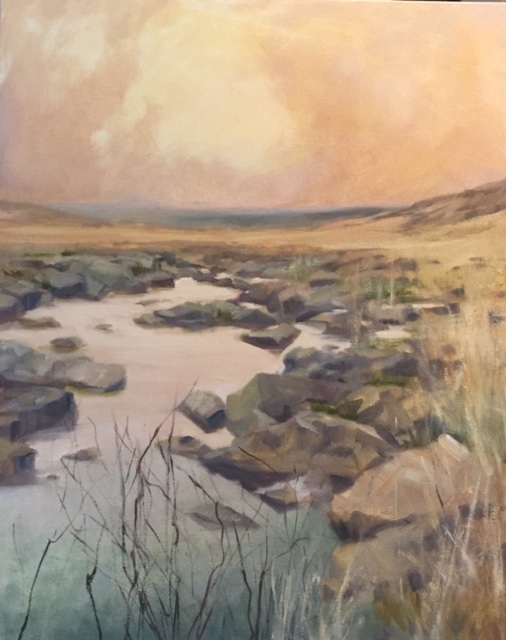 16x20 oil on canvas
$450
This was painted from a photo taken by a friend after a visit to a ranch on the prairie.  They do a burn of the prairie land in the spring of the year.  It takes several days and a lot of planning and weather watching to make it all happen.  The burn does some very interesting things to the atmosphere that one might not expect.  From many miles away the sunset was amazing and the sun turned a brilliant RED!  It was weird and beautiful.
Posted by Margaret Aycock at 11:03 AM No comments: 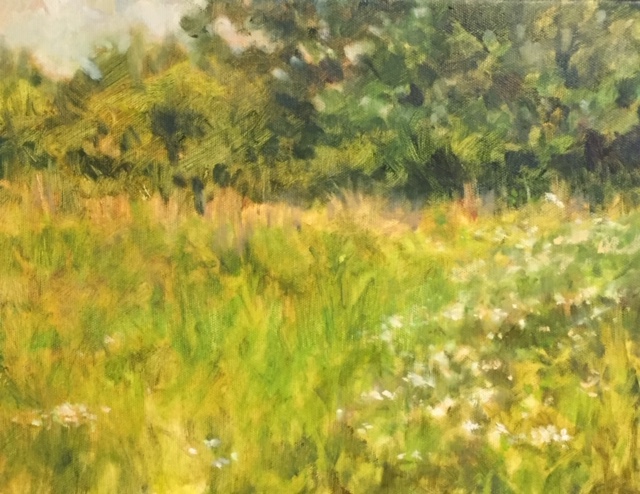 8x10 oil on canvas
$150
blackberries in Bloom
Gosh I wish I had remembered to run back over there when they became blackberries
Posted by Margaret Aycock at 10:57 AM No comments: 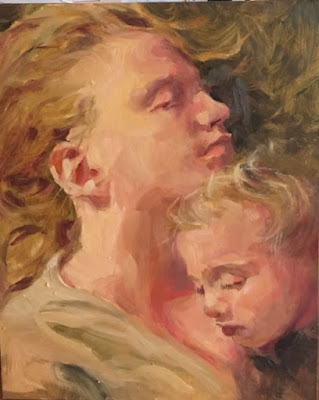