The painting below with the figures in it was done last year but I never really warmed up to it.  This year I took another look and decide the figures detracted from the scene and so I removed them.  See if you can find a few other changes that I made between these two paintings.  You may purchase the 20x24 painting directly from me for $275.  If you would like to visit my ebay gallery you may
click here 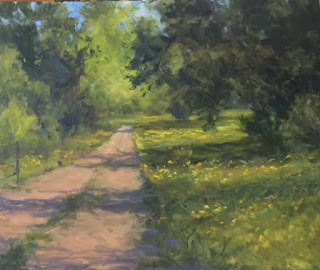 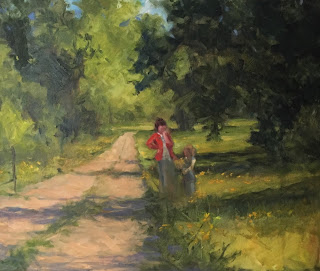 Posted by Margaret Aycock at 7:09 AM No comments:

Dog Day at the Beach revisited

So I posted this painting a few weeks ago but left it out for review.  It just wasn't measuring up to the drama that I saw in the original photo so I played around with it yesterday and now I think it is done.  I have this on ebay w a start price on auction at $275.  If you want to purchase directly, for $250 let me know. 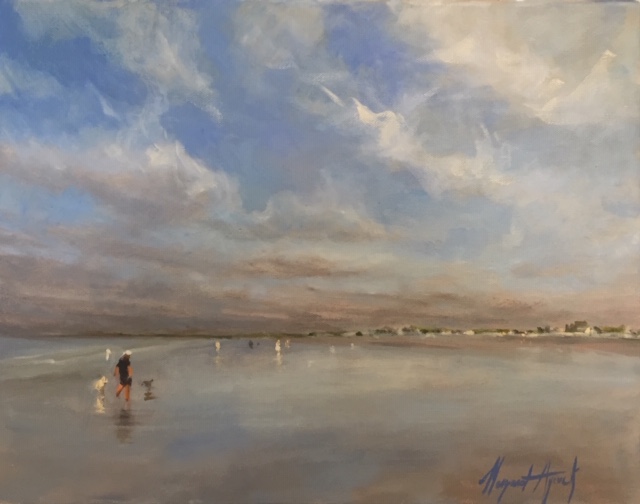 to visit this painting on ebay where you can also click to see all my other auction and buy it now paintings click here
Posted by Margaret Aycock at 6:58 AM No comments:

Jesse Aycock and the back story of his amazing record.

This has nothing to do with art.... well maybe a little in that music is an art, but I thought I would share this that my son, Jesse wrote about his experience in making his wonderful record.  I might add that his dad had just gotten out of the hospital after having a heart attack and he walked out of the hospital, got in the car, and I drove him straight to the Church Studio where he would let the music heal his body and his soul :-)  It was a magical, life affirming experience for us all.  The record was amazing, beautiful, otherworldly.

Posted by Margaret Aycock at 4:23 PM No comments: