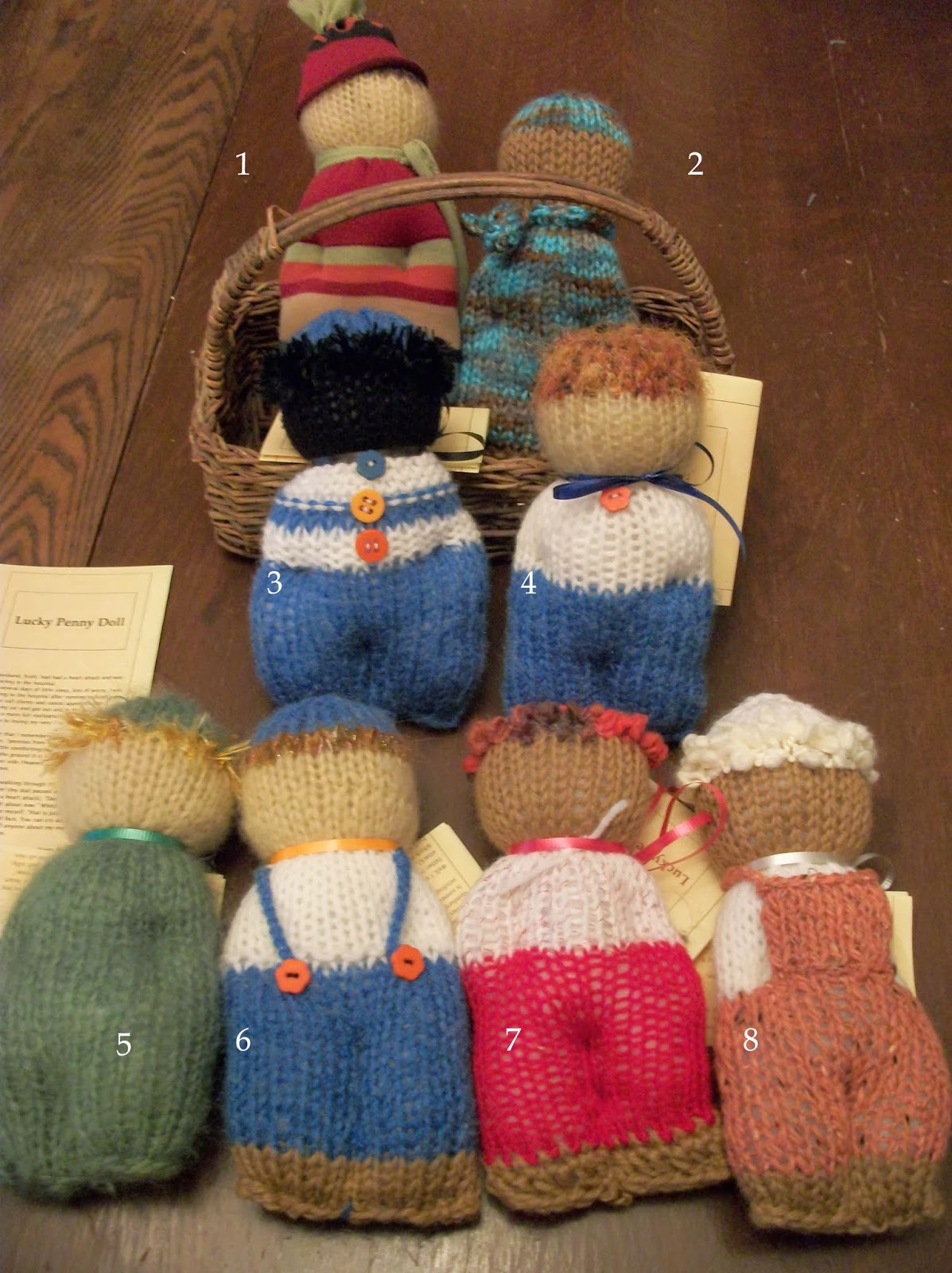 A portion of the proceeds from the Lucky Penny Doll sales goes to support the work of Tulsa's Arts and Humanities Council.  To place your bid, Click Here

The story behind the dolls:


My husband, Scott, had had a heart attack and was recovering in the hospital.
After several days of little sleep, lots of worry, I was returning to the hospital after running to Scott’s office to call clients and cancel appointments. I parked my car and got out and in the quiet, had come to a more full realization of just how close I had come to losing my very best friend.

It was then that I remembered that strange old superstition, “pennies from heaven.” It is a silly, but fun and a little comforting, to think that if you find a penny on the ground it is someone that you love from the other side (Heaven) sending you a message of love.

Well, I started walking through the parking lot and said to my father (my dad passed away about 12 years ago from a heart attack), “Dad, I really need a lucky penny right about now.” Which made me weepy so I said to myself, “that is just silly, buck up and put on a good face. You can cry about all this later.” I did not tell anyone about my request to the other side of course.

So I continued on up to see Scott. My son, Dylan was there and about a half hour later he turned to leave. I saw him sneak some little flat thing onto the bottom edge of Scott’s bed. He didn’t know I saw him. I picked it up and said “Dylan, what is this.” He replied “lucky penny.” and walked out. He had left a penny that had been flattened by a train… his lucky penny. I couldn’t tell him what that meant to me at the time as I didn’t want to get emotional but later just told him and my brother in- law, Ed.  When Ed came to visit the next day he dropped a penny in my lap and said “I found that and 4 more in the parking lot.” I, myself, found another in the stairwell and 2 more at the Church studio, one being on an inaccessible little roof outside the lobby window, a day later. I just felt like it was a good omen, a message from the other side that all will be well and it has been.

When I was in the hospital with Scott, I worked on knitting a little doll. Inside the doll I put all the lucky pennies. Now it is our lucky penny doll.

I continue to find lucky pennies and have stored them in a special place and I continue to make these little dolls. Each one contains one of those “found coins.”  Each one is unique and of course, very lucky.      Margaret Aycock

Caution, all dolls contain a coin, and some, buttons.  Buttons and coins my pose a choking hazard.

Posted by Margaret Aycock at 7:52 AM