After a Walk in the Woods

We took a nice walk in the woods two days ago when it was about 55 degrees out and then worked on this the next day when it didn't get above freezing.  Surprisingly we found a tree full of persimmons long after the season was over.  Every tree in the woods was totally vacant of persimmons EXCEPT one and it was absolutely full of them.  We have had several hard frosts and an ice storm which should have cleared every tree.  Don't know how this one held on so long.  Anyways the persimmons, having been through those extreme weather conditions, had turned a very interesting shade of blue, almost like a blueberry.  I just had to bring some home to paint.  Later in the day we found a tree that had dropped a bunch of acorns too and the squirrels hadn't found them yet.  I have been meaning to try to make some acorn flour and these were so big and meaty that I couldn't resist.  When I started to make the acorn meal and boil it, it smelled just like molasses.  I called my husband in and asked, " what does this smell like?"  to which he replied, " Molasses."  I am excited to try some bread made from this flour.  Perhaps a loaf of banana persimmon bread is in order. 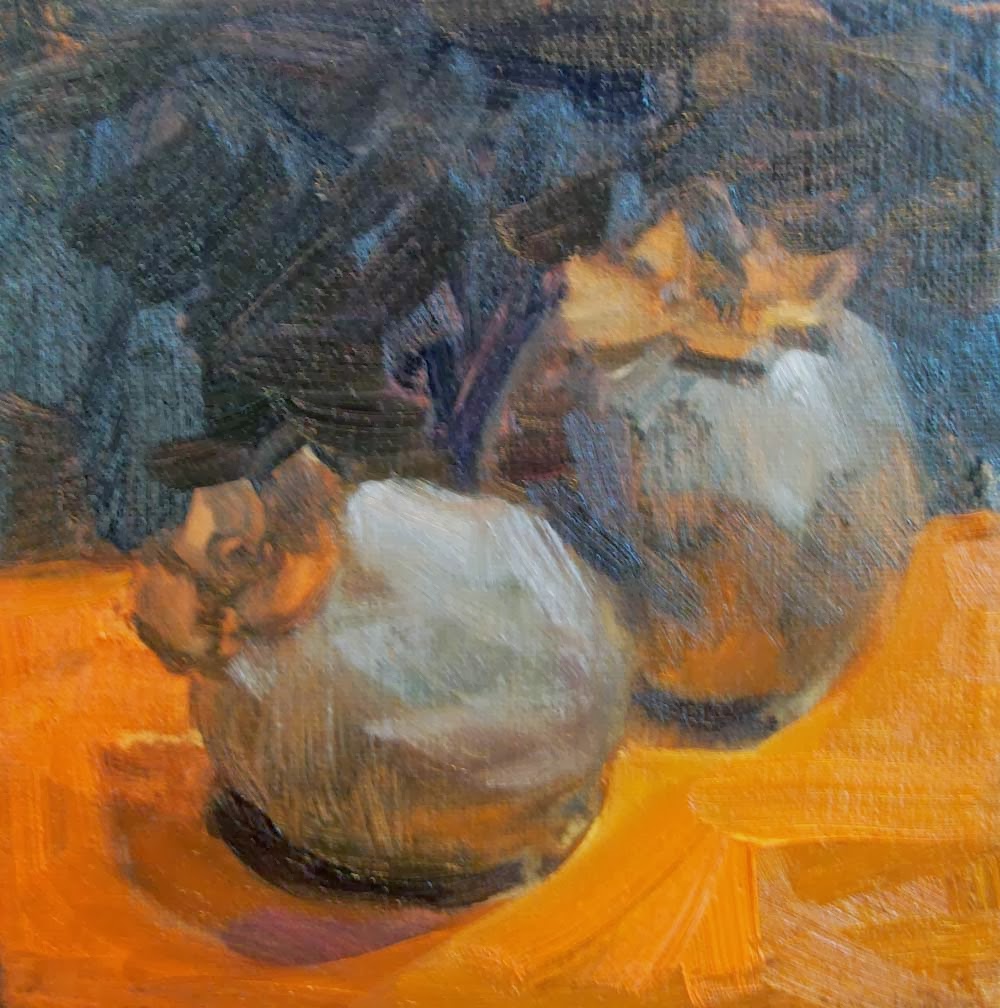 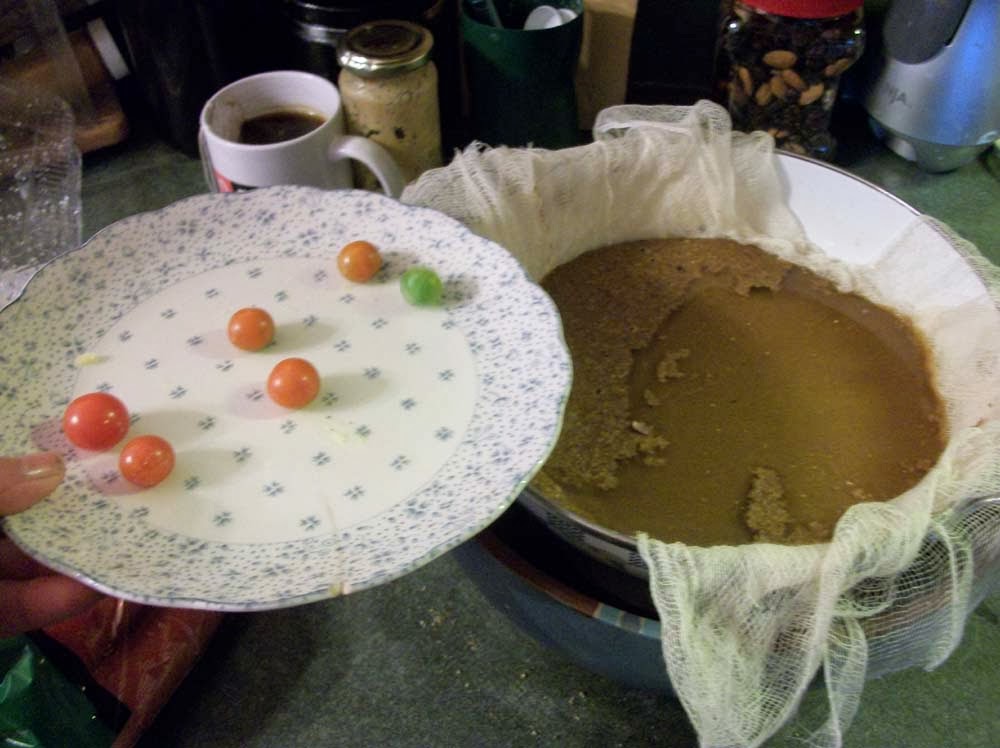 Posted by Margaret Aycock at 8:04 AM