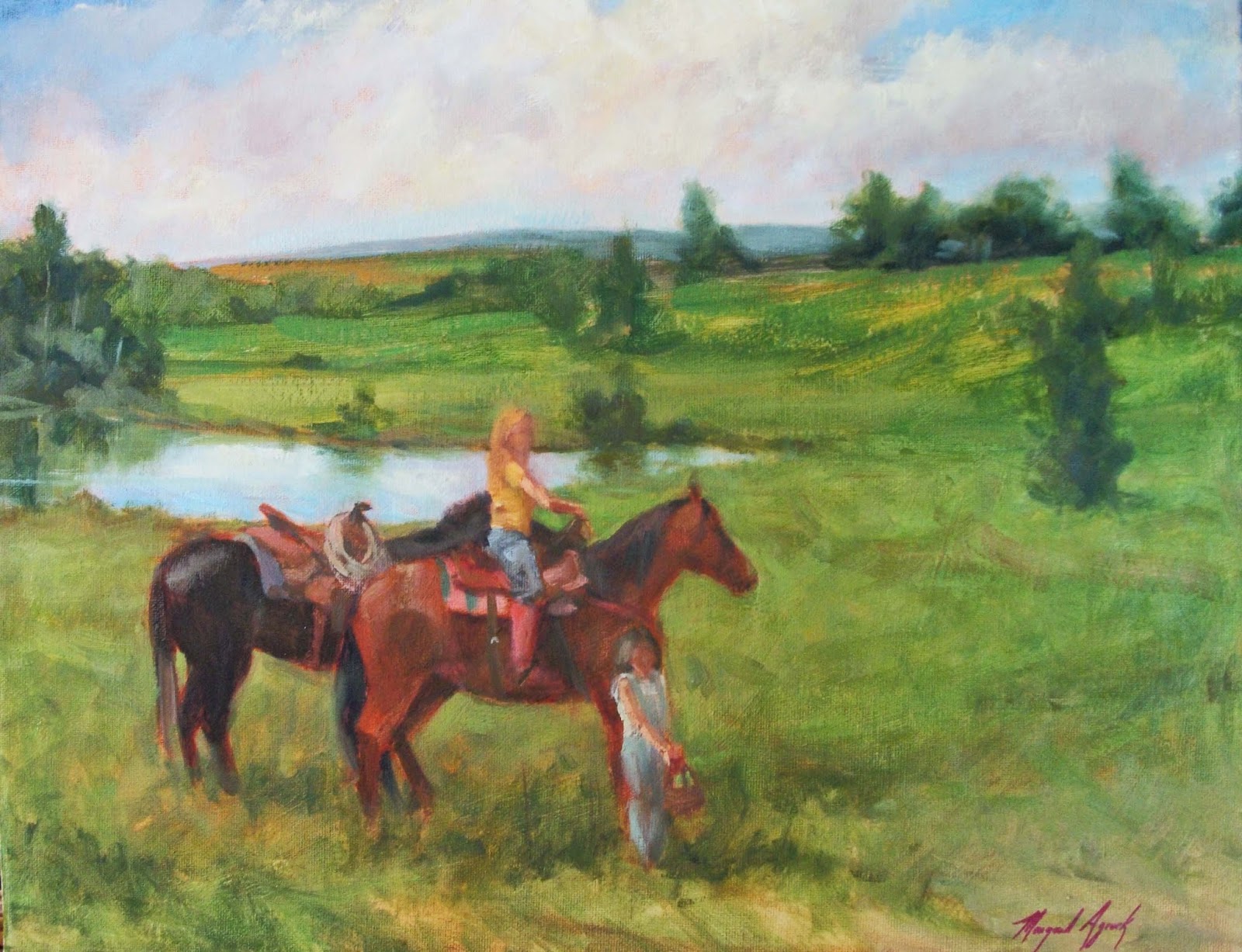 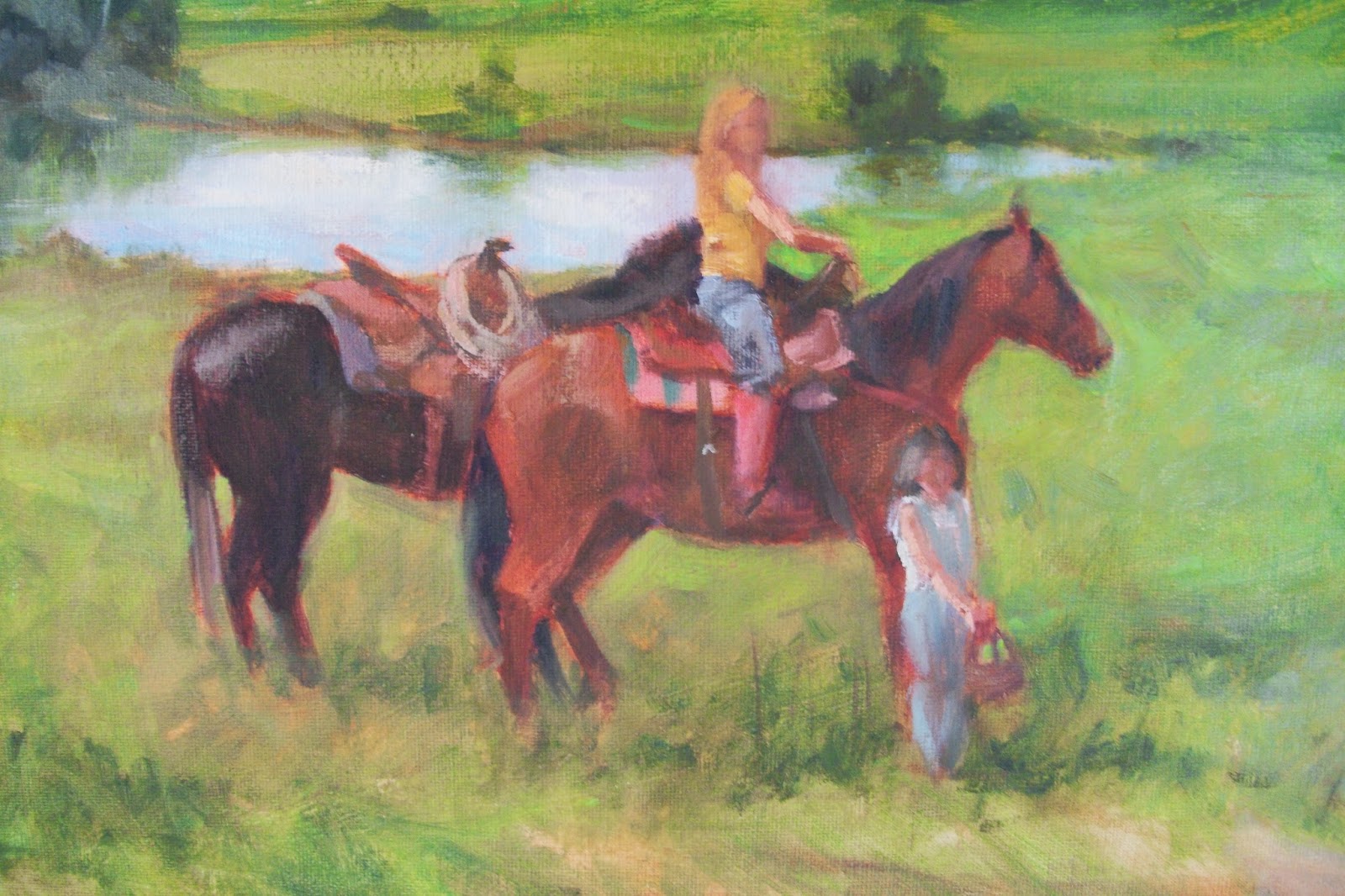 I was just revisiting some older pieces and decided to post this one on ebay this week for auction.
To Bid
Posted by Margaret Aycock at 7:59 AM No comments:

My son, Dylan got a nice write up in No Depression Magazine

This is great music to listen to while you paint.  It is soothing yet surprising.  Unexpected twists and turns.
http://nodepression.com/album-review/various-artists-imaginational-anthem-volume-7-guitar-soli 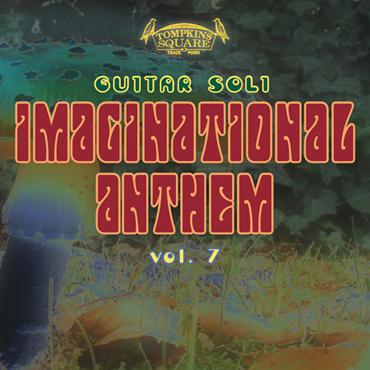 Tompkins Square’s Imaginational Anthem series has become a standard for presenting solo instrumental acoustic guitar music in the “American Primitive”, or “Guitar Soli” style.  Since the first volume 10 years ago, the series has included new artists as well as bringing back to light influential and important guitarists of yesteryear. Partly as a result, solo acoustic guitar has been enjoying a revival of sorts lately, with artists such as William Tyler, Daniel Bachman, and James Blackshaw attracting fairly widespread attention. Hayden Pedigo (featured last year in Vogue, of all places) is one of this new breed and has been chosen to curate the latest, Volume 7: Guitar Soli. Pedigo is an inspired choice, as his most recent album Five Steps features collaborations with a menagerie of adventuresome guitarists ranging from Fred Frith and Peter Walker to Acid Mothers Temple’s Kawabata Makoto.
Even though the Imaginational Anthem albums showcase just one instrument, a lot of ground is covered.  Beethoven didn’t call the guitar a miniature orchestra for no reason. “Culverts”, by Sean Proper and “Red Bud Valley” by Dylan Golden Acock recall the “Takoma School” of playing (Leo Kottke, John Fahey) with bright, clean lines. Conversely, Chuck Johnson’s “On a Slow Passing Through a Ghost Town” is more contemplative, it’s haunting melody line stark and cinematic.
Things get experimental on “Trees Return to Soil”, by Simon Scott (best known as the drummer for Slowdive) - an atmospheric piece with subtle background noise and the close-miked sound of fingers on strings. Similarly, Jordan Norton’s “Araucaria” delves into ambient territory with an echoing sound landscape evoking empty spaces, with gentle percussive fingerpicking, almost banjo-like.  “0/3”, by M. Mucci features an accompanying tapping on the guitar body creating a duet between strings and wood.
Kyle Fosburgh’s “The Great North American Wilderness” is stately and grand, the deep resonance of the notes conveying a deep reverence for the wilderness of the track’s title. Some of the song names on the collection are more vague, playful (Christoph Bruhn’s “Something, or Oil Paintings”) or seemingly at odds with the music than Fosburgh’s. With a title like “Shadow Study at 6 am”, you might expect Mariano Rodriguez’ piece to be mellow and moody. Yet Rodriguez is wide awake in this greet-the-morning song, his confident playing ringing in the day.

Each of the tracks on Volume 7 tell a story and, though some of the playing is rooted in the sounds and styles of trailblazing guitarists of yore,  there’s always a striving to see what new things can be done with this “miniature orchestra” called the guitar. Based on the evidence here, the future is bright for guitar soli.
(Imaginational Anthem Vol. 7 is out Feb. 17)
Posted by Margaret Aycock at 7:36 AM No comments:

I was looking through some old painting photos and came across this painting which I did as a demo in my adult painting class.  I really liked how it turned out and apparently someone else did as well as it sold pretty quickly. 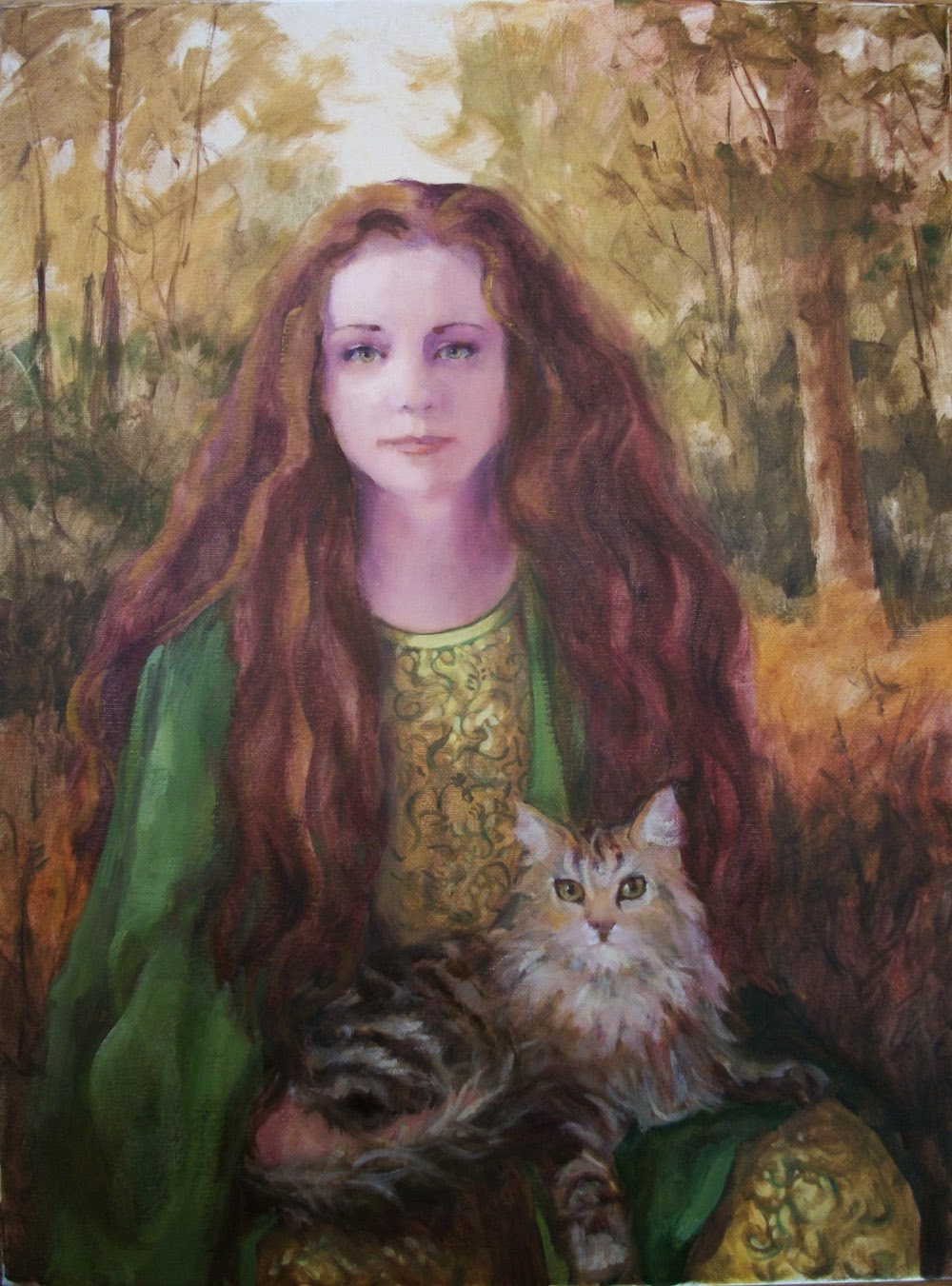 Posted by Margaret Aycock at 8:25 AM No comments:

A walk in the woods

If you leave a painting with an artist long enough, invariably it will go through a revision or two.  This one had a dog in it a few weeks ago and the more I looked at it the more I thought... I am not married to the idea of having this dog in the painting.  This week, out she goes.  I like the painting much better now.  It is on auction this week on ebay.  If it doesn't sell this week it is going to a Mardi Gras  fundraiser next week. 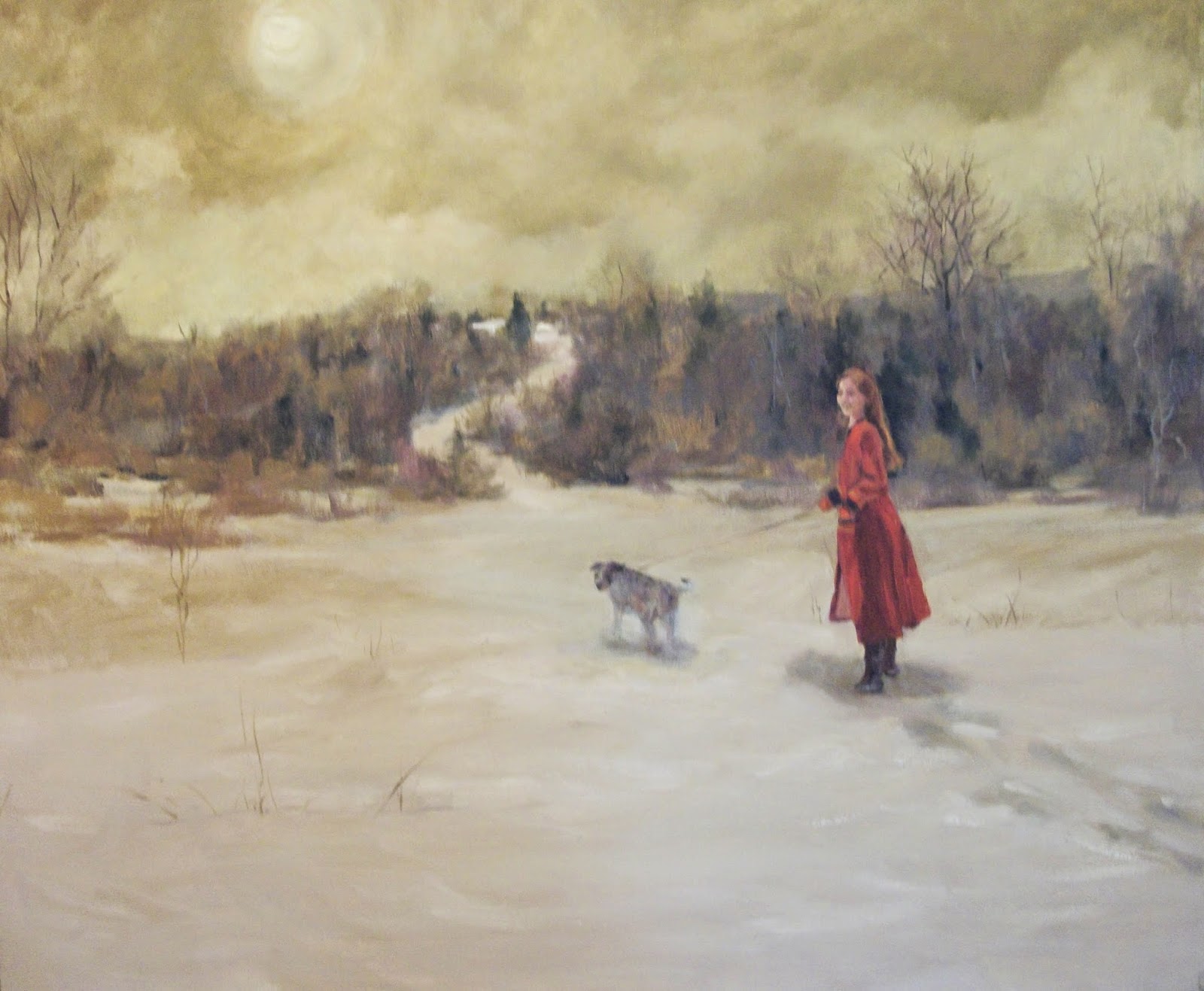 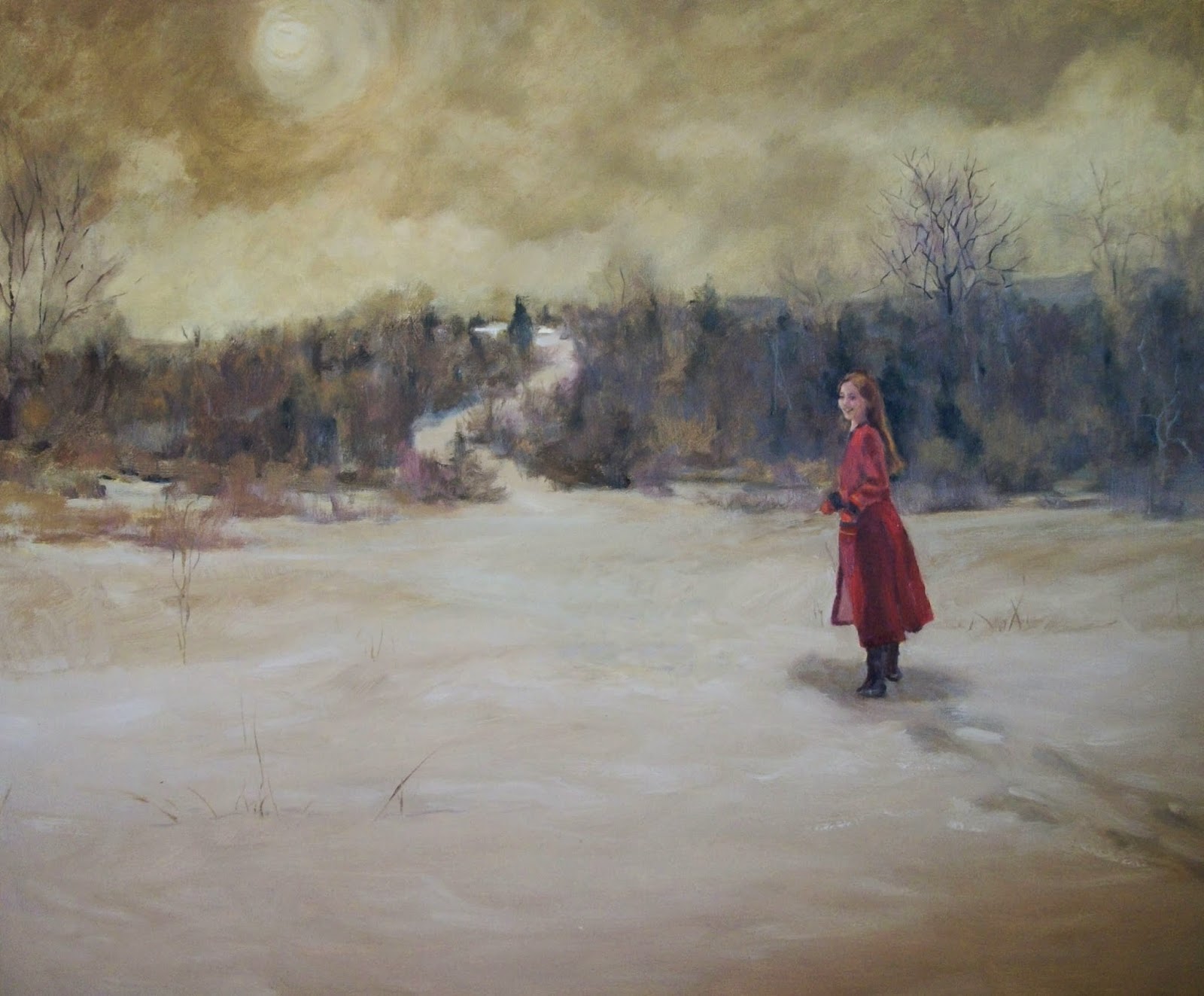 Posted by Margaret Aycock at 8:14 AM No comments: